I'm Jenn Berkelmans, a Coach for Highly Sensitive Women and I'm here to help you learn how to navigate the health challenges of being highly sensitive -- to help find your path through the stress, overwhelm and emotional exhaustion so that you can feel your absolute best.

If you’re anything like me as a highly sensitive person, then you have a desire to not only find your place in the world but to also to help others.

You also know that when you’re struggling with your health and feeling stressed and burnt out all the time that you aren’t able to help other people to the best of your ability.

You’re not about “quick fixes” or “fad diets,” instead you would rather do things on your own terms and find what feels good in your own body.

I’ve been where you are now, exhausted from being overstimulated, eating or drinking to numb feelings, and avoiding going out in order to avoid experiencing the overwhelm that comes with being in social situations.

This is a common struggle for highly sensitive women and it’s no surprise when we’re constantly told that being sensitive is a weakness, that either we’re “too shy” or “too sensitive” and that we need to toughen up – because of this we end up cutting away certain parts of ourselves in order to fit in. We learn to push our emotions down into a hidden place and put a smile on our face to make it seem like everything is normal when inside we feel the complete opposite.

In addition, we often aren’t given the tools or the resources to know what our sensitivity means and how to navigate our lives in a way that can help decrease the stress and overwhelm that we constantly feel. The reality is that what we have is SPECIAL, and that doesn’t make other people any less special but it does mean that we are different and how our body reacts to stress is different, which means our approach to life and our health should be too. I’m here to help you navigate a different way to living that allows you to embrace your sensitivity as a strength and still live in the real world.

I’m on a mission to help highly sensitive women better understand their sensitive nature and how that impacts their body, how they feel on a daily basis and how they show up and the world. I believe that it’s imperative that we reconnect to our body in a deep way — this is the ONLY way to really begin to heal and to transform our health.

While it may seem like I have it all down to a science, I can tell you that:

Let’s go back a bit… 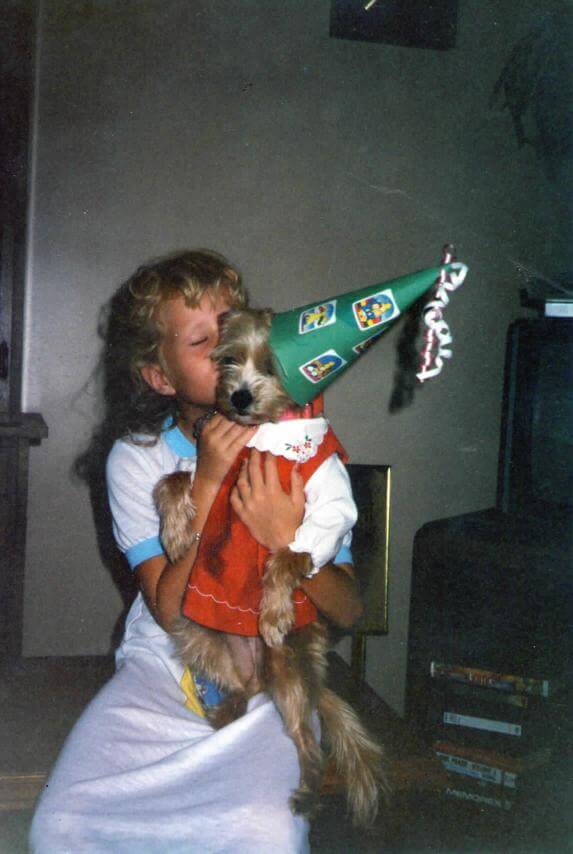 As A Young Child

When I was a child I always felt emotions deeply. One of my biggest passions was animals. I was known for my love of all beings. The sight of an injured animal or insect would send me into tears.

My extreme attachment to them was never really understood and I was often told that “they were just animals.” But this love and sensitivity were often seen as a weakness and was told to “not be so sensitive” or to “toughen up.”

Looking back I remember being a sensitive child who was easily upset & anxious who was always in tune with the needs of others — I was often able to tell what people needed and would do my best to give it to them. To cheer up people who were sad or to reassure my parents when they were upset.

The thing is that my feelings and my intuition wasn’t really understood and it didn’t often correlate with how my family did things.

I could pick up on other peoples emotions and I would often take them very personally. So if someone was angry it must have been something I did and I would do whatever I could to try and fix it.

I often felt like an outsider because I didn’t have the same interests that others did. I was highly emotional and passionate which often came off as “moody.” And I felt very misunderstood.

Eventually, I learned to close off the emotional side to people and I became what I felt people wanted — the calm person who can take care of anything. I became more withdrawn and private and was often labeled as “shy.”

The inability to cope with my sensitive nature and constant criticism caused me to push my feelings down into a hidden place and I believe that is what led to my health issues of fibromyalgia, severe anxiety, depression, and social issues.

High School and College were challenging for me. I didn’t know how to manage my emotions or the sensitivity to other peoples emotions.

I struggled with feeling highly anxious all the time and would experience overwhelm from many day to day things. Just the idea of going to a party or talking to a new person was overwhelming.

I learned to cope with this through a variety of numbing techniques. I was an emotional and stress eater and would binge eat when I felt the emotions creep to the surface. When I was in social situations I would drink profusely to help take the edge of that constant feeling of being an outsider.

Most people would probably say from the outside that I seemed like a nice, quiet and calm person. But inside I was the opposite. I felt like an alien — so sensitive, emotional and overwhelmed by everything. I always felt like a chaotic mess.

When I graduated from college I felt horrible. The years of stress & anxiety, heavy drinking, and poor eating habits caught up with me. I was exhausted ALL the time, my emotions were all over the place and I had crazy mood swings. There were many periods when I avoided people so that I wouldn’t unleash my mood on them.

I felt so uncomfortable in my body — by the time I was in my young 20’s I had already started a tumultuous relationship with food, dieting and yo-yo dieting. I couldn’t understand why I was tired all the time and why my emotions were so out of whack. 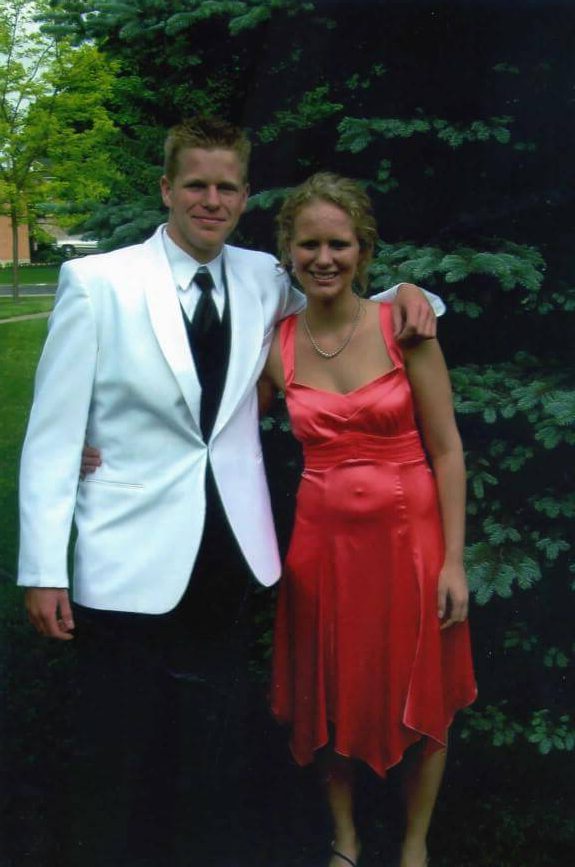 And then something happened…

Right after I graduated college I went in for some routine tests, and I found out that I had some lesions on my liver. At the time I didn’t know that the lesions were actually benign — so understandably I was very afraid and I of course consulted Dr. Google — which we all know is the WORST thing that you can do.

Eventually, after some tests, I found out that they were in fact benign but that I would have to make lifestyle changes. Healthier food (low fat), little to no alcohol, and I would have to go off birth control.

To many people this may seem simple enough BUT to me this seemed like an impossible feat. After all my food and alcohol had become a crutch to me and a way of numbing the emotions that I had been stuffing away for years.

And to go off birth control would mean that I would now have to deal with the cystic acne that had been plaguing me since I was 11. So I can honestly say that I was upset — angry and scared.

I went through a bit of a mourning period and the typical “why me?” I still continued my ways with alcohol and food even though I knew the risks.

After starting work at my job I entered into this cycle of being exhausted from work which meant I had no energy for cooking. I would pick up something quick for dinner and eat dinner with a glass of wine to take the edge off a busy and stressful day. After dinner I would feel so tired that I would give into a “quick” nap that ended up lasting 2 hours and of course would make it hard to fall asleep so I would stay up late binging tv. In the morning I would wake up tired and would end up running late for work.

Then one day I remember sitting on the couch after an exhausting day at work and thinking something HAS to change. I am a person with dreams and aspirations — and I won’t accomplish anything if things stay like this.

It was a big wake up moment for me and the catalyst for me to reevaluate my life and served as a big wake up call of what “could” happen if I didn’t start better care of myself.

It forced me to start looking at myself, to see how I was holding myself back from the life that I truly wanted.

I realized that I was the only one keeping me from my own happiness.

And it completely changed my life!

It was a slow progression for me and there have been a lot of ups and downs along the way.

I started with switching to a plant based diet and replacing my old comfort foods with healthier options.

I went back to school for nutrition which inspired me to look at health from a holistic view. That working on health means working on mind, body and spirit.

I listened to positive audiobooks and podcasts, I followed people who were living lives that I wanted to live on social media and I read books on everything to do with health.

I hired a soul coach and started taking classes on meditation, mindfulness and learning about energy healing.

Mostly, I was learning how to be in my body without ignoring what I was feeling ALL the time. To just be with myself and to accept myself as I was.

Rather than try to be like all of my highly extroverted family, I’ve learned to appreciate my differences.

I’ve realized that my sensitive nature allows me to be more tuned into the needs and feelings of others, to be a better listener, to really understand how other people are feeling at a deeper level, and know how to put other people at ease.

And while I while I have transformed into a different person, I am still not perfect. I am always learning and growing and learning some more.

Live a life that fills you with love & light.

As you can probably tell by now, my approach is about combining inner work & self-exploration to find what works for you. I work as both a Certified Holistic Nutritional Consultant and a Huna Practitioner with a holistic approach (mind, body, spirit ) to health and wellness.

I’m both a free spirit & a homebody.

I will always be a country girl at heart, I will take the sprawling fields & fresh air over city life ANY day!

I am a not so secret romantic, lover of dark chocolate & a semi-professional kitchen dancer.

My training and credentials: I attended the Canadian School of Natural Nutrition and I’m a Certified Holistic Nutritional Consultant. I’m trained in two modalities of energy healing including Reiki level II and am a Huna Practitioner.  I’ve also worked for several years as a Medical Radiation Technologist specializing in Mammography to help women with their breast health.